To improve climate, energy and food security policies that would redirect trade and investment towards inclusive food and energy systems that genuinely address climate change challenges.

Small-scale farmers produce more than 70% of the food produced in the Global South on roughly 30% of agricultural land, while small-scale fishers provide affordable and sustainable protein and livelihoods for communities. Small-scale food producers’ productivity is being severely disrupted by policies promoting large-scale, capital-intensive, energy-intensive, and extractive forms of resource appropriation for global trade purposes – with profound consequences for both food security and food sovereignty, as well as broader social and environmental impacts. The subsequent new wave of land “enclosures” are also being extended to oceans under the rubric of the “Blue Economy”, threatening the rights and livelihoods of small-scale fisher communities while doing little to address the climate and environmental crisis. The expansion of corporate-controlled “green” energy has further exacerbated these trends with mineral extraction for renewable technologies, agri-industrial plantations of “flex crops” also used for agrofuels, and competition for land and water resources linked to unsustainable development of renewable energy.

TNI has built the capacity of small-scale food producers to defend their land and resource rights, and to advocate for agroecology to secure food sovereignty, sustainable food systems, and address the climate crisis. We provide information and analysis, undertake participatory action research with communities, support the development of new networks and alliances, and amplify the positions taken by the movements we seek to serve. TNI also works closely with scholar-activists, co-organising conferences and co-producing academic journals. This builds understanding of the challenges and proposals of rural peoples, thereby shaping both academic knowledge production and the policy processes it feeds.

Over the past five years, successes include the United Nation’s (UN) Food and Agricultural Organisation (FAO) embracing agroecology and  embedded local markets; the adoption by the UN General Assembly of the UN Declaration on the Rights of Peasants and Other People Working in Rural Areas (UNDROP), and Uruguay adopting a new national plan for agroecology after concerted work by TNI partner REDES. Further, following successful advocacy sustained by TNI and allies, the European Parliament passed a resolution expressing concern at how EU policies were facilitating damaging land grabs that threatened Europe’s small-scale farms, and citing TNI research. Since then, the EU’s Farm to Fork Strategy – as part of the European Green Deal effort and the result of long-time pressure from civil society – has been announced, and the Committee on the Regions has identified agroecology as a key driver of positive change.

In 2020, the COVID-19 pandemic exposed the harmful contribution of agri-industry to the emergence of zoonoses, as well as the fragility of globalised food supply chains. TNI organised an extremely popular webinar  (4,749 viewers from 83 countries, run in 4 languages) featuring the author of Big Farms Make Flu, in conversation with small-scale food producers. With respect to the risks for food supply, TNI and allies penned an urgent letter to the G20 Agriculture Ministers calling on the UN Committee on World Food Security (CFS) to coordinate a coherent global policy response and start building the resilient, sustainable food system the world desperately needs.

The crisis offers a clear opportunity to defend more local and resilient food systems as part of a just transition – from an economic system built around the extraction of resources and the exploitation of people, to one structured instead around the restoration and regeneration of territories and people’s rights and dignity. To this end, TNI published a paper and a policy brief that was accompanied by an op-ed in the Dutch newspaper de Volkskrant, and cited multiple times in a report on the COVID crisis by the Civil Society Mechanism (CSM) of the FAO’s CFS. We also co-published a set of principles for a just transition, intended to unify a broad range of social movements, based on a 2019 workshop with environmental and labour activists from Latin America, Africa and Europe. These principles were discussed and embraced at meeting of the Asia-Europe People’s Forum (AEPF) in Pakistan on the eve of the COVID crisis; have informed the Dutch-focused work imagining a Future beyond Shell and shaped public debates there; and have contributed to further discussions between unions and small-scale food producers’ organizations around the world.

In the course of the year, TNI supported small-scale food producers across the world in coming together in online spaces – often for the first time – to build shared analyses and visions. TNI co-organised events included a webinar with fisher folk from North Africa and Palestine to discuss the impact of the COVID crisis; a series of webinars on just transition and food sovereignty organised through the AEPF involving more than 500 activists from across both regions; and a dozen online meetings for small-scale fishers globally on issues from ocean grabbing to womens’ struggles involving some 1,200 people communicating in up to 13 languages. We also supported participatory action research in Indonesia on feminist responses to the COVID-19 crisis within fishing communities, led by partner Solidaritas Perempuan (SP); and provided expert testimony to an online series of Blue Economy Tribunals held for five Asian countries.

On the inspiration front, we recorded the story of a Turkish fishery cooperative that bloomed under Covid while being exemplary in its practice; and co-published a handbook of grassroots strategies within Europe for preserving access to land for small-scale agroecological farmers, further disseminated via a webinar series.

COVID and its fall-out has affirmed the need for radical change. Agroecology has ostensibly been embraced but alas, once mainstreamed, the concept has been reduced to “greening” agri-industry,  emptied of its transformative potential and political content. TNI (co)published hard hitting critiques highlighting the role of transnational multi-stakeholder platforms in co-opting agroecology and innovating new forms of green-grabbing and dispossession.

Indeed, the Food Systems Summit being convened by the UN General Secretary (GS) in 2021 is just such a multi-stakeholder effort. The initiative follows the highly controversial UN Strategic Partnership with the World Economic Forum of 2019  The GS has been heavily criticised for bypassing the FAO and members of its CSM, under whose remit the Food Systems Summit should fall, in favour of co-operating with agribusiness (See Objective 1 in respect of efforts to regulate transnational corporations).

“We are happy to be associated with TNI in several forms. TNI has helped our AEPF food cluster with ideological clarity on new narratives necessary for peace, land rights, climate justice and food sovereignty, to mention the few. TNI is one of most respectable institutions in Europe taking up issues of social justice and food sovereignty, anti-racism and refugee rights.” 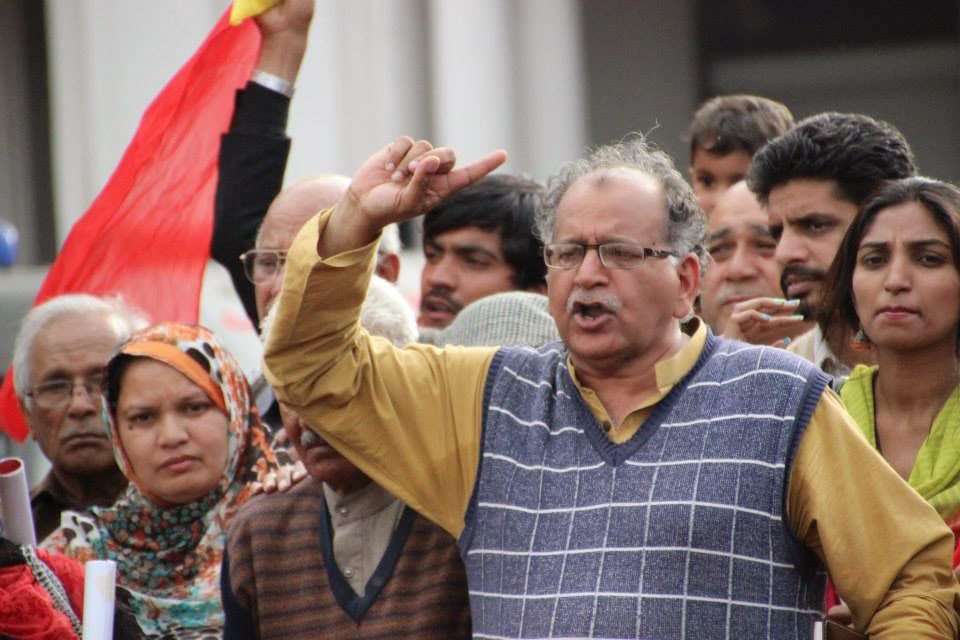