Move towards the establishment of a treaty for binding regulations for transnational corporations, which would end impunity, and secure justice for communities affected by corporate violations of human rights.

In the past five years, enormous progress has been made towards a treaty to stop transnational corporations (TNCs) evading accountability for human rights violations. By 2018, a zero draft marked the beginning of negotiations. By 2019, 91 governments were participating in the negotiations, including the EU which had opposed the process till then. In 2020, a second draft treaty text was produced indicating a sustained momentum despite the challenges of the Covid pandemic.

TNI has made a significant contribution to the success in putting the regulation of TNCs back on the international agenda. We were part of the initial agenda-setting efforts among social movements that resulted in the international Global Campaign to Reclaim People’s Sovereignty, Dismantle Corporate Power and Stop Impunity (Campaign) being launched at Rio+20 in 2012. Just two years later, following an initiative of the Ecuador and South African governments, the UNHRC had established an UN Open-Ended Inter-Governmental Working Group (OEIGWG) to develop an international treaty. To accompany this process, TNI among others convened a broad-based Treaty Alliance of civil society organizations in 2014. The Campaign and the Treaty Alliance have coordinated strategies ever since.

TNI has served as the global facilitator of the Campaign since its inception. The Campaign now has 243 affiliates representing some 260 million people located primarily in the Global South, with regional coordination hubs in Southern Africa, Asia and South America. The Campaign ensures the voices of affected communities are heard and amplified, mobilizing international solidarity and persistently making the case for a treaty. It has sought to involve a range of social actors – including trade unions, farmers’ organizations, people’s health advocates, environmental activists, feminists and women’s organizations. Strategies to broaden support and keep the pressure on governments to negotiate a treaty included catalysing an international network of parliamentary supporters and, most recently, an international network of mayors and city councillors.

The Campaign has facilitated the collation of proposals for what members would like to see in a prospective treaty and built a supportive network of legal advisors to guide these. Key demands have been fed into the official process through advocacy efforts undertaken by members at national level as well as those aimed at diplomatic missions to the UNHRC in Geneva; the organization of side events; as well as submission of written and oral statements during sessions of the OEIGWG. In 2020, Covid pandemic conditions required all international processes to go fully online. In the run-up to the OEIGWG’s 6th session in October, the Campaign organized virtual regional preparatory meetings in Africa, Asia and Latin America with 75-100 delegates participating in each. Additionally, the Southern Africa Campaign hosted a session on how a treaty might be operationalised to enhance affected communities’ access to justice. These sessions, along with the input of legal experts, shaped the Campaign’s comments on the second draft of the treaty text. These were submitted to the OEIGWG, further motivated through oral interventions by Campaign representatives at the OEIGWG session.

In line with Campaign demands since 2018, transparency of the process was greatly enhanced in 2020 with agreement that written positions on the draft treaty would be circulated to all states. Campaign members’ advocacy towards supportive states was visible in some of the debate. The African Union strongly favoured negotiations as a bloc, and African states – led by South Africa and Namibia – continued to present a strong unified front in favour of the treaty. Uruguay and Mexico emerged as the treaty’s main Latin American champions.

Meanwhile, parliamentarians kept up the pressure for progress on the treaty. The Global Inter-parliamentary Network (GIN) supporting the treaty process organised a webinar involving the OEIGWG President, and gained members in an additional 25 countries – more than doubling its reach within a year. A high-level joint meeting of Mercosur Parliamentary Human Rights Commissioners from Uruguay, Argentina and Brazil also met with Campaign members to discuss the treaty efforts. At the European Parliament, the 10th resolution in support of the treaty was passed. Debate shifted from a focus on voluntary codes to a binding instrument, and there are now indications that a number of European Union member states would support an international treaty. In Catalonia (Spain), following years of work by a joint working group of parliamentarians and civil society representatives, a majority in the regional parliament supported the creation of a centre on business and human rights to monitor extra-territorial human rights compliance of Catalan companies or companies operating in Catalonia and facilitate access to justice for affected communities.

“We have been active with TNI since 2014 on the Binding Treaty work. I particularly appreciate TNI’s efforts to give visibility to our struggles, space and legitimacy for popular organizations. TNI has helped us expand our network of contacts and articulations. We must emphasise that TNI’s publications contribute a lot to the construction of our action agenda.”

Activist with the Movement of Dam Affected People (MAB) 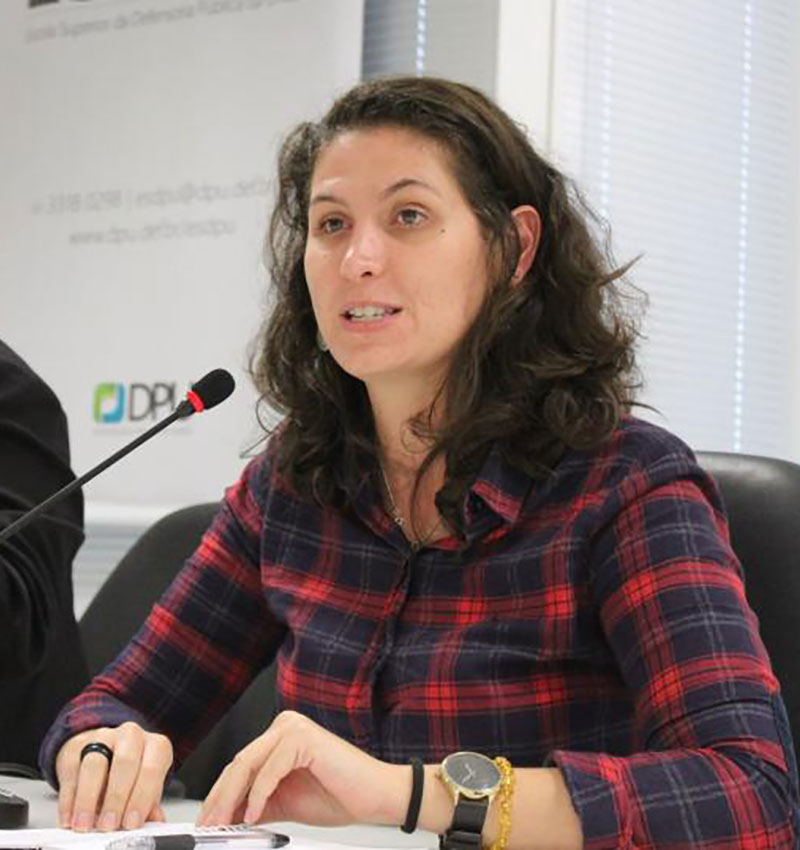